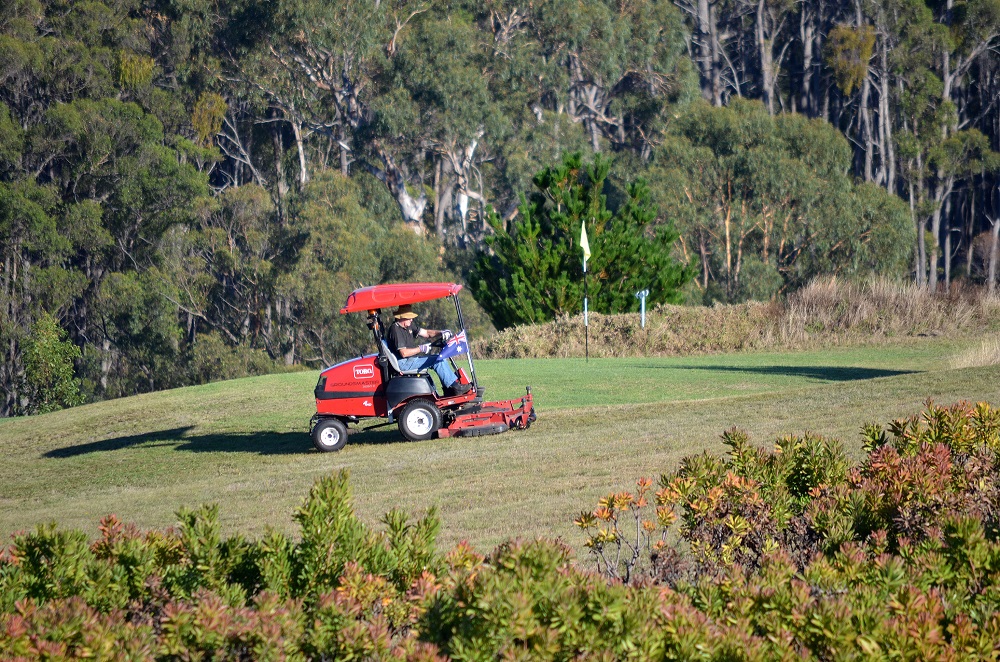 "It's a market that's always been solid, but because of the current tight economic times, we are finding there is more demand for good quality machines that may have been traded in," he said.

"We inspect all machinery we get as a trade-in or that is returned to us at the end of a contract or lease period and decide whether they are suitable for the second-hand market.

"Some machinery will be upgraded, some of it serviced and some offered to the market as received.

One recent purchase was made by Greg and Annie Carter, the owners of the Cockatoo Rise War Veterans Retreat near Bairnsdale in regional Victoria.

Greg is a Vietnam veteran and with his wife Annie has developed an 18-hole golf course on the 50 acre property, making it available to fellow war veterans and their partners.

They recently purchased a second-hand Toro Groundsmaster 3280 ride-on mower to replace a tractor-pulled mower they had been using to keep the fairways and greens under control.

"It's enabled me to cut mowing time down from just over three days to around a day, while the zero turn capabilities means it's far easier to mow around trees," Mr Carter said.

"It's also improved the quality of the fairways."

Mr Carter, a self-confessed golfing tragic, said he had developed the course following a suggestion from Annie.

"We were sitting outside one evening and Annie said I should build myself a golf hole near the house so I could hit some balls," he said.

"Since then Annie and I have planted more than 1400 trees along the fairways and have turf greens, although they are pretty rough.

"It's a course that is designed more for fun for veterans and diggers than as a serious test of golfing ability.

"However, it had reached the stage where we required better equipment to maintain and improve the course. I spoke to local Toro representative, Dean Hill, and he kept an eye out for a suitable second hand machine which he was able to provide at a significantly reduced price."

Mr Hill said a Toro Groundsmaster that had been used on a metropolitan golf course, had been traded in by a contractor on a new machine and was perfect for what the Carters required.

"I had previously spoken to Greg and seen the course and had a pretty good idea of what was needed," Mr Hill said.

"We did a bit of work on the machine that was traded in and tidied it up a bit, before selling it to them."