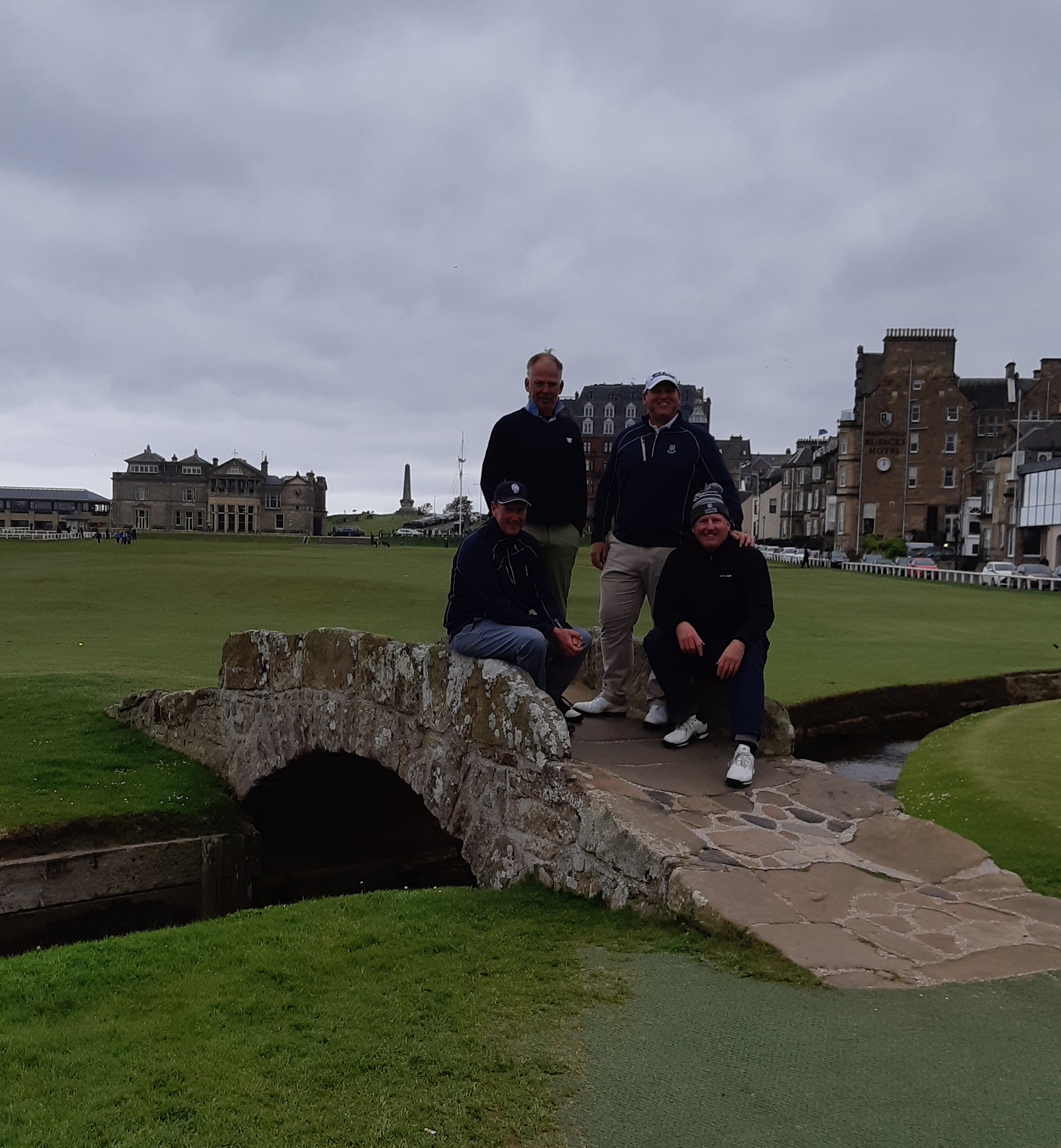 From 9 – 13 June this year three General Managers from Australian golf courses were invited to attend the Toro Tour to St. Andrews in Scotland. This international networking event is organised by Toro and aimed at Superintendents, General Managers and Golf Course Owners from around the world.

“Networking with golf club management professionals from around the world was an amazing experience”, said Andrew Gay: “I always find it fascinating talking to people in similar roles about how clubs are managed and getting an understanding of the idiosyncrasies of different countries and their operations. You also appreciate that many issues facing Golf Clubs are the same no matter where in the world you are located”, he said.

Paul Sanders agreed and said: “The networking opportunity was world class and Toro’s hospitality was exceptional, including golf, transfers, the entertainment experience and more”.

Some of the main topics discussed amongst delegates included membership expectation and strategies, operating costs, staffing and service levels, tourism, new initiatives and how they worked at specific clubs as well as sustainability of water and power.

“The importance of golf tourism was certainly highlighted, something they do very well in Scotland. Having the opportunity to experience how visitors are treated gave me a different perspective and ideas”, said Gay: “A lot of Scottish golf is about the experience, history and tradition. Something we don’t necessarily focus on enough in Australia. There is the Scottish Golf mystic that draws golfers from around the world. As an industry we need to explore how we can capture something similar and develop this better”.

Gahan found the event gave him a first-hand experience on service delivery at the different clubs, ranging from “premium” pay-for-play to “turnover” pay-for-play to “general” member based clubs to “exclusive” member based clubs. “There was also discussion on the possibility of course staff exchanges or use of course staff from other European clubs during our summer months, which is an exciting concept!”

He said that as a result of networking with the various delegates a number of initiatives will be introduced or considered which will assist in providing greater efficiencies or improve service delivery at The National.

Naturally playing golf was a major part of the few days, with the game being played at several courses, including – Kingbarns, Carnoustie, Panmure, Crail, St Andrews – Castle, St Andrews – Old and The Renaissance Club. Each of the courses were distinct from each other and all provided unique experiences both in course presentation and course architecture.

Gay mentioned that whilst he has been to Scotland several times before he had never had the opportunity of playing golf there: “I extended my stay to visit additional clubs and get a better understanding of the Scottish golf culture. Whilst golf in Australia has many similarities there are also major differences particularly in Clubs. What I hadn’t realised was how common it was for multiple golf clubs to use the same links golf course. St Andrews for instance has around 9 golf clubs all with access to the courses and managed by an entirely separate entity being the St Andrews Links Trust”.

Ben Marshall from Toro said it was a great experience for all to meet with golf industry peers from around the world: “I was proud to show case Toro’s involvement in golf and Toro’s involvement at arguably the most important golf course in the evolution of golf. We all shared a lot of laughs, great times and took away a lot of memories. I hope that all General Managers will feel comfortable picking up the phone to a Toro Equipment Sales Representative so we can be a part of finding the best solution for their club”.

All three General Managers agreed the event was very worthwhile, and brought along several learning experiences, new contacts from around the world and a considerable increase in their knowledge about golf and service delivery. “To have the chance to speak and share experiences with some of the most knowledgeable industry experts from around the world in this environment was priceless”, concluded Paul Sanders.