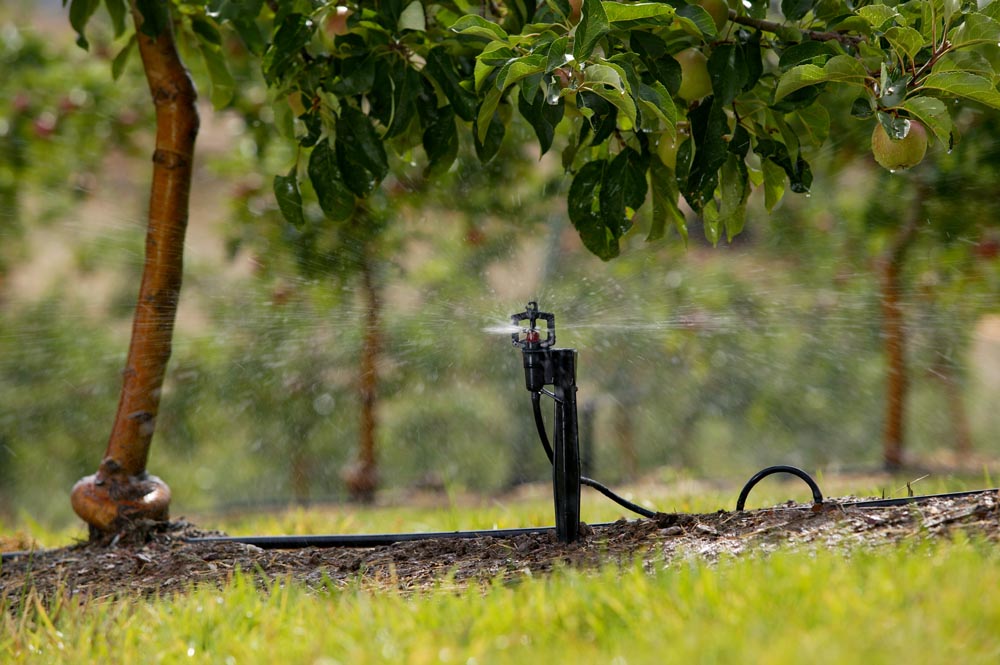 Increased prices and reduced water allocations are continuing to drive the evolution of irrigation practices among Australia’s farmers and orchardists. As cheap and plentiful water supplies of the past dry up in the face of rising costs, government regulation and social pressure, landholders are turning to highly efficient watering technologies.

For the majority of irrigators, this choice comes down to mini sprinklers or drippers. According to Toro Australia’s National Technical Services Manager, Mr Robert Aitken, both technologies can save significant amounts of water over traditional flood or overhead impact sprinkler systems.

“Drip irrigation is certainly well understood and has strong support at the moment,” he said. “However, there are many applications where mini sprinklers provide a more appropriate solution and are a better way to deal with particular issues. Examples include plantings on steep terrains or where shallow depth soils are a problem.”

Mr Aitken said that on steep terrain many growers liked to grow a cover crop between trees to minimise erosion. Mini sprinklers enabled these inter-row areas to be watered to maintain ground cover at the same time as the trees are being irrigated. Similarly, on shallow or very coarse soils, greater benefit is gained by a larger wetted pattern that encourages root development and minimises run-off. Water quality is another consideration in determining which technique is more appropriate.

“Mini sprinklers generally have larger flow rates than drippers, which means they are less prone to blockages,” he said. In some circumstances this can mean filtration is either simplified or filtration systems don’t need to be as extensive. It’s also far easier to see if a mini sprinkler is damaged or not working, especially if the drippers are covered by leaf litter or hidden by foliage.”

“Growers need to consider the costs involved with the irrigation of mature trees with larger root zones. Getting enough water to the roots generally involves multiple drippers per tree and the installation of two laterals, one either side of the trunk. A mini-sprinkler would only require one lateral, so there are some cost savings that must be weighed up. For example, many citrus growers prefer mini sprinklers. Other crops where they are also used are stone fruit, apples, pears, nuts and many more.”

Mini sprinklers can also help prevent frost damage, which is an added advantage. Latent heat is released from water when it turns into ice. By continually spraying water on plants as the temperature approaches freezing, enough heat is generally released to keep plants above their freezing point, except in extreme conditions.

The use of mini sprinklers can protect plants in ambient temperatures as low as about minus five degrees Celsius.

Mr. Aitken concludes: “Always remember what you are trying to achieve with your irrigation system and weigh up the benefits of using mini sprinklers.”