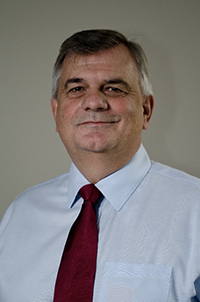 Richard Walne, the Managing Director of Toro Australia & Asia Pacific has been confirmed as the new President of the Asian Golf Industry Federation (AGIF).
One of the original Board members when the AGIF was inaugurated in 2009, Walne is among the region’s most respected industry figures.

For more than three decades he has worked with The Toro Company, holding sales and marketing positions in Europe and the United States and, from 1991, within the Asia region.

He was based in Singapore for more than 10 years during this time, taking up his current role as Managing Director, Toro Australia & Asia Pacific.

Additionally, Walne has acted as Chairman of the AGIF’s Education Committee.

British-born Walne took over the reins from Tim Trinka at the Federation’s annual general meeting in Kuala Lumpur. He will hold the post for a two-year term.

Walne said: “I’m honoured to assume the role of President of the Asian Golf Industry Federation.

“Under the Presidency of Tim Trinka these past four years and with Eric Lynge as Chief Executive Officer, I have seen the organisation progress considerably and become an ever-more important player in the Asian golfing industry.

“It is my hope that this upward trend will carry on with the AGIF’s influence as the umbrella organisation for the golf industry in this part of the world continuing to grow.”

A not-for-profit regional organisation, the AGIF has a distinguished member roster representing leaders in the Asian golf industry including golf course and club suppliers and professional support services, and golf course architects to golf real estate and development companies.

Walne said he is keen to see the AGIF develop strong relationships with key global and regional golfing bodies.

“It is necessary for the AGIF to collaborate with established golf associations and organisations for the benefit of the Asian golf industry.”