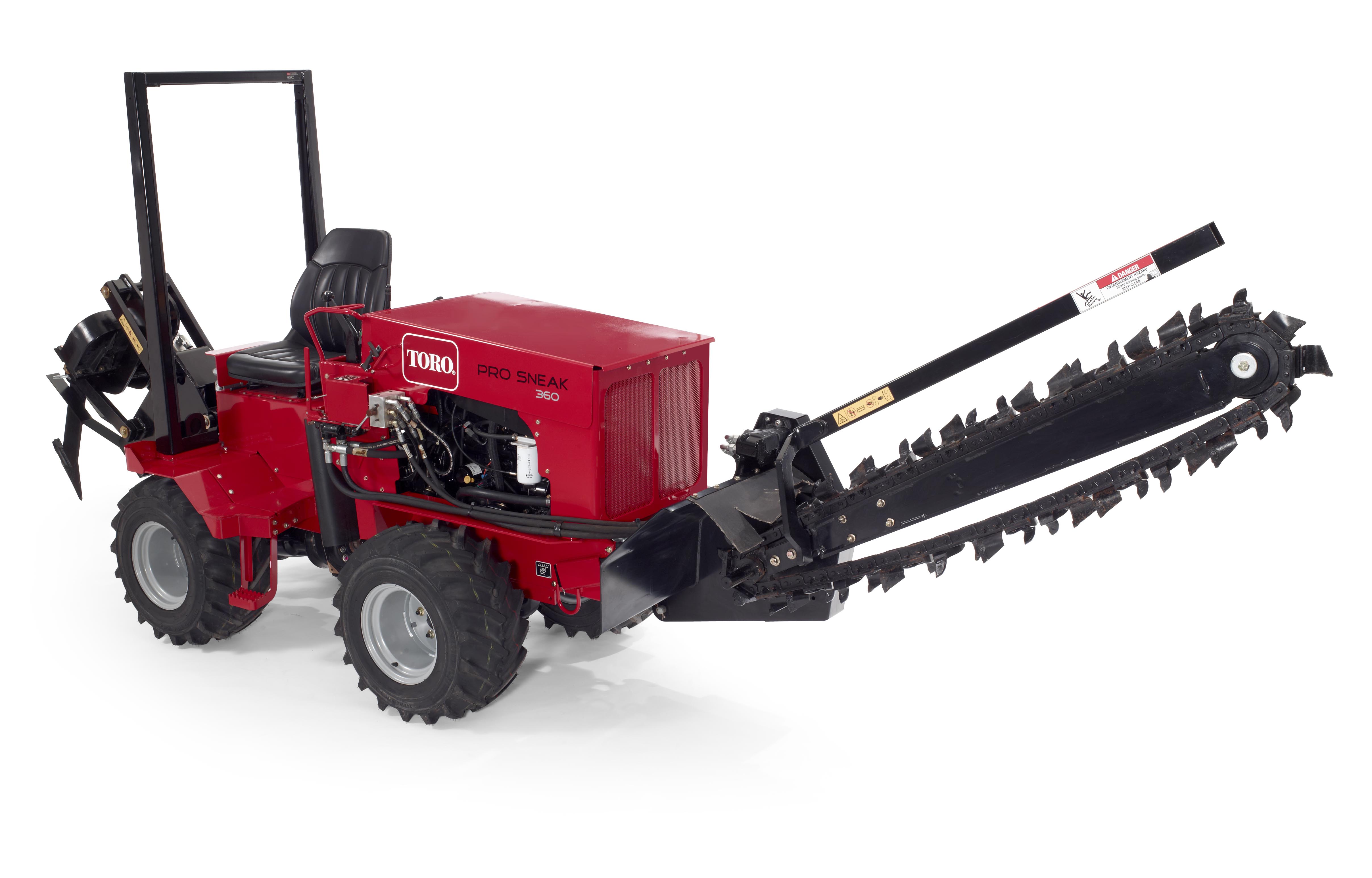 A compact and powerful new vibratory plough and trencher ideally suited to narrow and confined spaces is being introduced by Toro Australia.

The Pro Sneak™ 360 is the latest model in the range of trenching and horizontal directional drilling equipment being offered by Toro Australia since the purchase in 2012 of Astec Underground Inc. of the USA by Toro’s parent company, The Toro Company of the USA.

The Toro Company is this year celebrating its 100th anniversary.

Toro Australia’s Sales Manager, Directional Drilling/Trenching Equipment, Mr Greg Ivanovic, said the Pro Sneak™ 360 was the most compact and manoeuvrable of the Toro machines and an exciting addition to the Toro range in Australia.

“We think it will attract significant interest from contractors, councils, the golf and sports field industries and fencing companies because of its power and ability to handle tight locations, he said.

“The vibrating plough enables the direct burying of pipes, cables, irrigation systems and the like with minimal disruption to the ground surface. This makes it ideal for sports grounds, gardens and golf applications.”

Mr Ivanovic said the Pro Sneak™ 360 has a footprint of only 91cm and with 28 degree articulation, has an inside turning circle of only 183cm. It is also powerful enough to maintain a constant plough depth of up to 61 cm in a variety of conditions, or trench depths of up to 91 cm.

Mr Ivanovic said the Pro Sneak™ 360 had the added versatility of a hydra-borer attachment, which enabled horizontal drilling through difficult soil conditions beneath footpaths and driveways.

Mr Ivanovic said the Pro Sneak™ 360 was expected to be available in Australia from April.