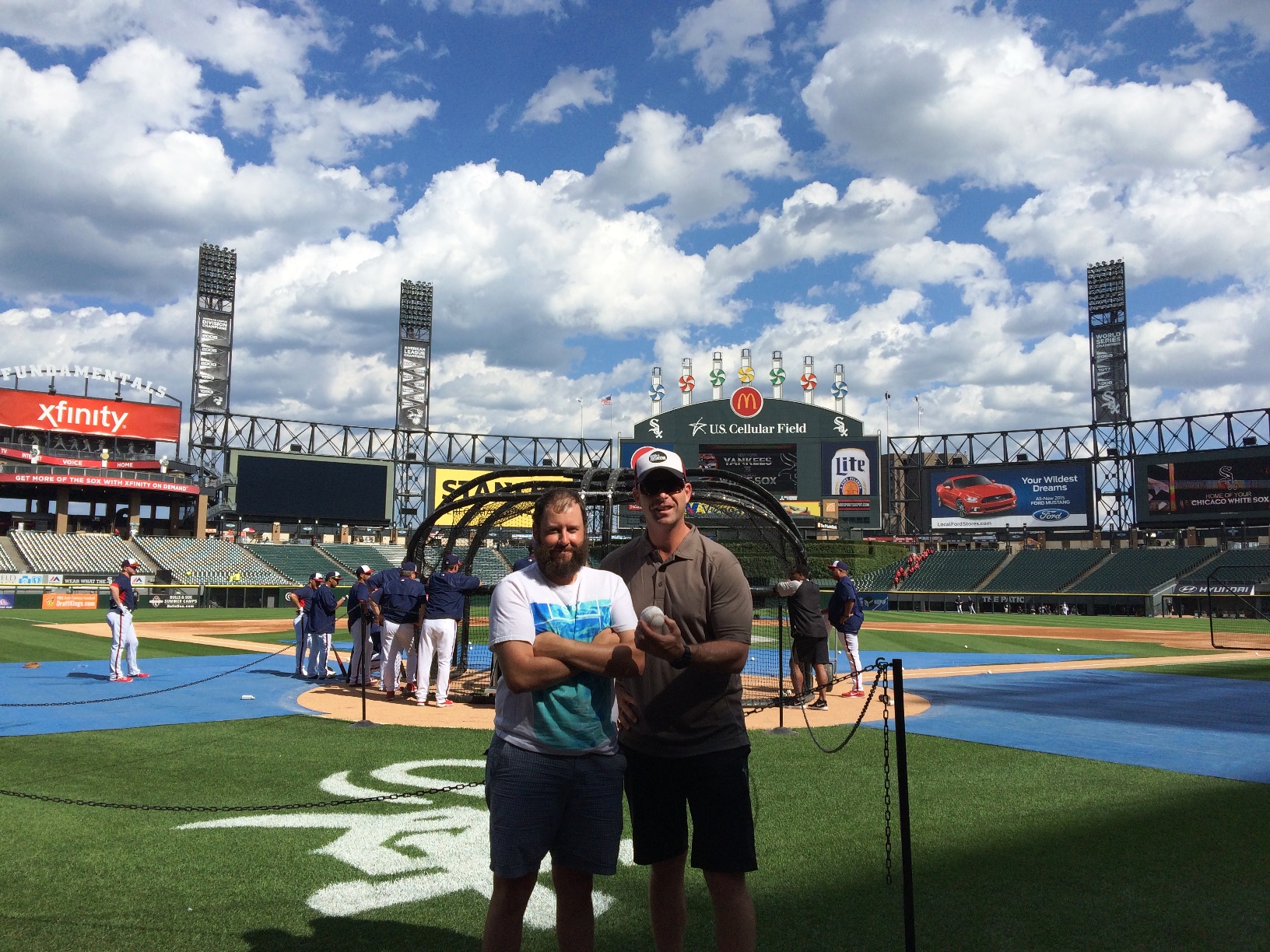 The 2014 recipient of the Sports Turf Association’s Turf Graduate of the Year award, Luke Cooney, has looked back on his past 12 months as a truly remarkable and unforgettable experience , having visited many of the hallowed sports grounds in the United States.

Having completed his apprenticeship at the University of Western Australia, Cooney started his career as a cricket curator at Perth’s oldest independent boys school, Hale School, before recently joining the Arena Management Team at Etihad Stadium in Melbourne as a Turf Tradesman.

“From that surprise early morning email when I was in Brazil at the FIFA World Cup to now, it has been an incredible 12 months as the 2014 Turf Graduate of the Year. The opportunities I have experienced have opened up so many doors and enabled me to meet the legends of the turf industry, those who curate the famous stadiums of Australia and the U.S.,” Cooney said.

“It has also solidified for me that I made the right career move in joining the turf industry.”

“I was fortunate enough to spend the day with a legend of the U.S. turf industry, Steve Wightman, in San Diego. I then spent two weeks with Amy Fouty, the Sports Turf Manager at Michigan State University (MSU) and her Athletic Field Operations Crew. This was a fantastic experience. Michigan State University is home of the mighty Spartans, a powerhouse in college football and basketball, and they enjoy some of the most incredible athletic facilities.
“MSU has a fantastic working environment that fosters the values of teaching, learning, mentoring and professional development. What I will take away most from my time at MSU is the attention to detail and the pride the whole town has in the University and being a Spartan.
“While taking in the sights and sounds of one of America’s great cities, Chicago, we also spent a night with Roger “The Sodfather” Bossard at U.S. Cellular Park (home of the Chicago White Sox) and watched the Sox and New York Yankees take to the field,” Cooney said.

The recipient of the Turf Graduate of the Year award is also given a mentor who assists in career development and advice on industry-related topics. As his mentor, Ballymore Stadium Ground Operations Manager, Scott Wallis, accompanied Luke on his trip to the United States - a trip he says has been the highlight of his 20 years in the turf industry.

“Travelling to America with Luke was not only a unique experience for him, but also an amazing career highlight for myself,” Wallis said.

“During our trip, we bounced ideas off each other and discussed technical turf issues among other things. Our professional relationship and friendship will continue in the years to come,” he said.

The pair attended the Sports Fields & Grounds Forum at The Toro Company’s headquarters in Bloomington, Minnesota. The forum is attended by representatives from universities, councils, municipalities, sports stadiums and colleges from around the U.S. The program included roundtable sessions, and product testing and demonstrations of Toro commercial equipment and irrigation products.

“I was not only amazed by the physical size of the Toro headquarters, but also by the inherent culture among its many and varied staff. The ability to look at and also drive prototype machinery and then provide feedback to the engineers who design the equipment was a unique experience that can’t be understated,” said Wallis.
Luke adds that it was a true eye-opener to find out how much research, development, testing, detail, passion and pride goes into every machine that comes out of the company.
Cooney’s advice to future graduates is to make the most of their studies and take every opportunity to make and keep in touch with as many contacts in the turf industry as they can.

“Look outside the box, there are some fantastic career opportunities around the country and around the world,” he said, “I feel so fortunate to have shared experiences and formed bonds with the 20 or so curators from around America and Canada.”

Cooney was nominated by the Sports Turf Association of Western Australia and his lecturers at Challenger Institute of Technology. In 2013, he was awarded the C.H. Bailey Award for Sports Turf Apprentice (WA). He has now handed over the baton to 2015 STA Turf Graduate of the Year Grant Woolley.

Both Cooney and Wallis would like to thank Toro Australia for the ongoing support of the Turf Graduate Program . “The investment that Toro puts back into the industry is outstanding and is a testament to their belief of building strong, long term relationships with the industry,” says Wallis.