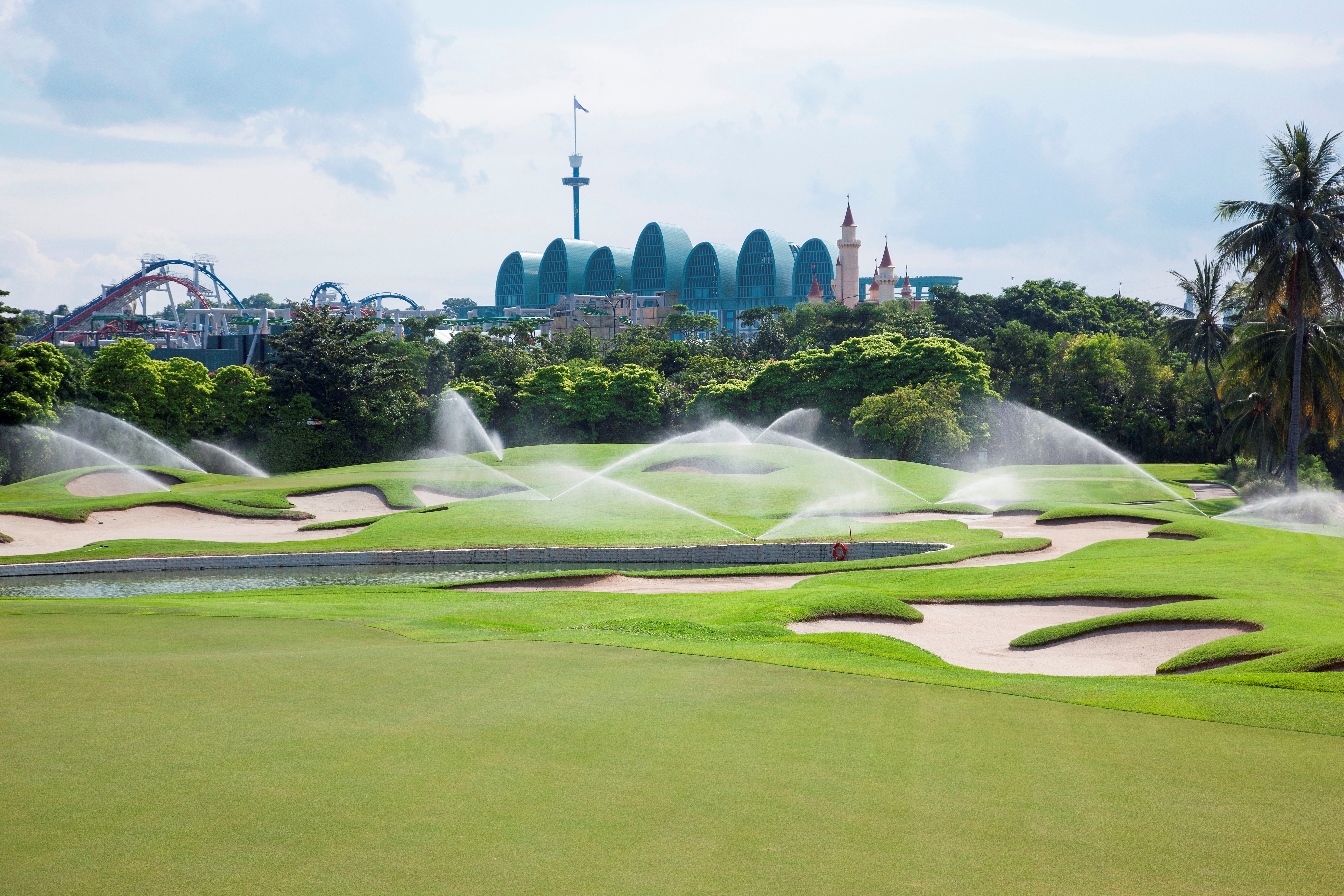 Sentosa Golf Club was carved out of Singapore’s lush tropical landscape and enjoys an enviable location upon picturesque Sentosa Island, Singapore’s premier island resort getaway that is only a 15-minute drive from Singapore’s Central Business District. Opened in 1974, the Club consists of two courses – The Serapong Course and the recently renovated New Tanjong Course. The Club is ranked 58th in the World’s Top 100 Greatest Courses (rated by Golf Digest in 2016).

One of the most established golf clubs in Asia, Sentosa Golf Club has about 1,500 members, many of whom are prominent personalities. As well as its thriving membership, the Club has played host to a number of high-profile professional events, including the SMBC Singapore Open for a record 10 times, where many of the sport’s biggest names from around the world descend on The Serapong Course, to fight it out for one of Asia’s biggest prize funds. The Club is also home to the HSBC Women’s Champions, a marquee women’s golf event that has been dubbed as ‘‘Asia’s Major’’. In 2018, Sentosa Golf Club will also host the 10th annual Men’s Asia-Pacific Amateur Championship, and the inaugural Women’s Asia-Pacific Amateur Championship.

Johnston says: “An aging irrigation system was the driving force behind the recent redevelopment of The Tanjong Course. In order to capitalise on productivity, we decided to incorporate one irrigation system for both courses, offering centralised control, wall-to-wall coverage and individual sprinkler control. Overall, implementing this new irrigation system is saving us nearly 40% of our water resources, compared to how we used to irrigate.”

Singapore’s climate is characterized by uniform temperature and pressure, high humidity and abundant rainfall averaging 2,340 mm (92.1 in) per year. The golf course is the drainage basin for the surrounding housing development with all run-off collected in surrounding lakes and then used for irrigation.

Toro’s Lynx® central control system controls the entire irrigation system on both courses. Lynx is built specifically for golf environments so that greenkeepers can personalise the system to their management practices and the unique requirements of their course. It also comes with the support of Toro’s exclusive National Support Network (NSN®), which provides around-the-clock software and system support from experienced service professionals who understand exactly what golf course professionals need.

“We felt Lynx would give us the best flexibility and opportunity to manage our water resources with confidence and quality,“ Johnston continues.

“The system is steady and durable, and runs without any challenges. It is very sophisticated, but also user friendly, so that my team can easily operate it. We have the ability to monitor and manage the entire system from either an office computer or access it via smart phone or smart tablet apps. This makes it a real time saver.”

A total of 2,890 Toro INFINITY® sprinklers were installed on both courses, the driving range and practice areas.

“The SMART ACCESS® feature was the main reason we chose the INFINITY sprinklers. All critical components of the sprinkler, such as wire splices and solenoids are accessible from the top. There’s no need for digging to service the head, and this also means we don’t need to repair the turf after. This really helps us to further improve our productivity,” says Johnston.

In addition to the innovative INFINITY heads, Toro Turf Guard® wireless soil sensors were installed around both courses. Turf Guard helps monitor turf health by looking at variables including soil moisture, temperature and salinity. This information can then be used to more precisely deliver water and other product applications, which not only helps to manage precious water resources and costs, but also to create better course conditions.

Jim Schumacher from Aqua Turf International was the consultant for the upgrade of Sentosa’s Golf Club irrigation system and provided the system design. The irrigation system was supplied by Toro distributor Jebsen & Jessen.