Graduate of the Year is an amazing experience 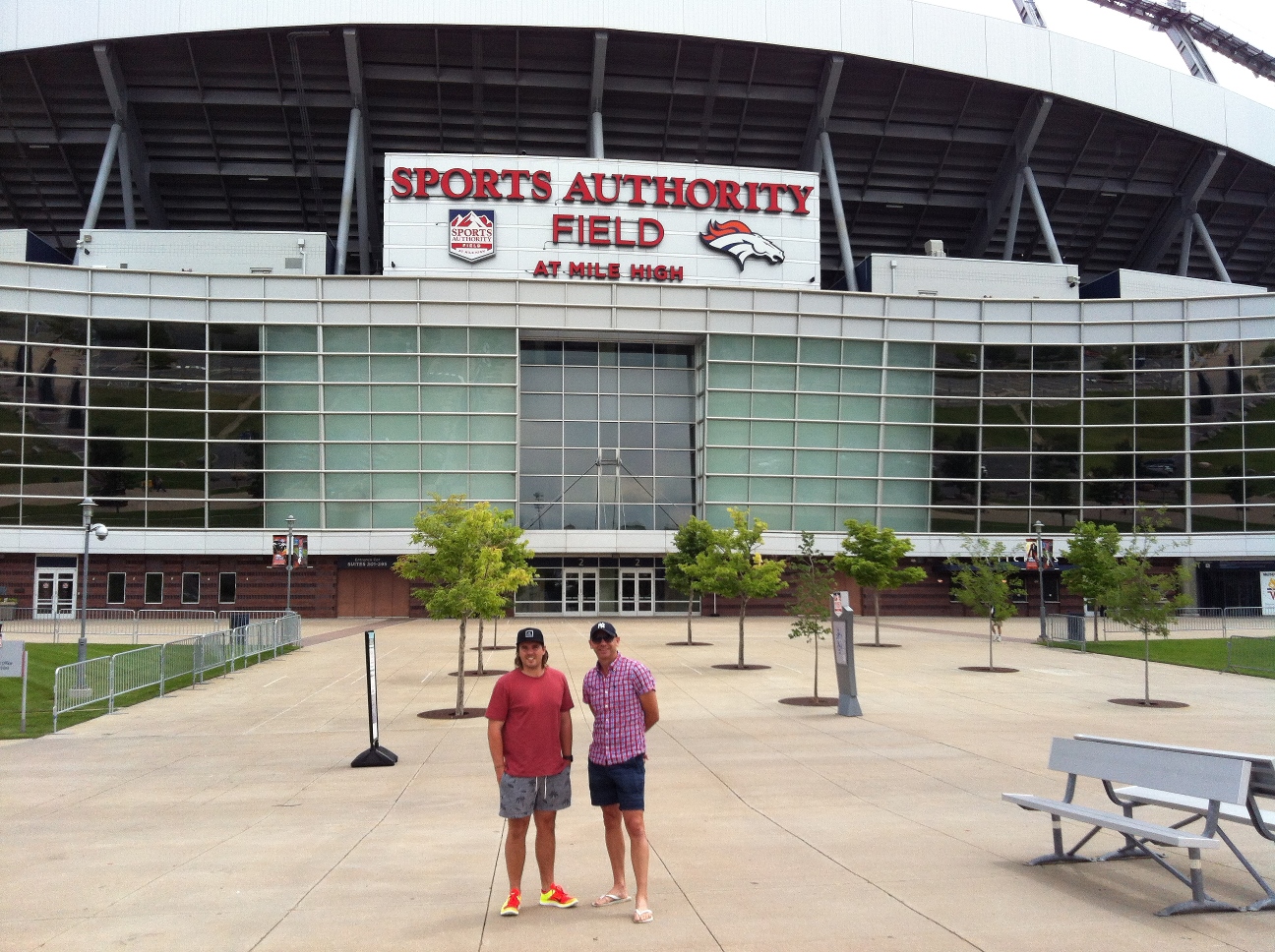 “Soak it all up and take in all the advice you are given,” is the advice offered to future graduates by Andrew Spicer, STA Turf Graduate of the Year for 2013. Andrew recently returned from a visit to the United States, which was part of his prize.

The Sports Turf Assocation’s Turf Graduate of the Year award is sponsored by Toro Australia. The award recognises outstanding graduates working within the turf industry, and aims to provide opportunities to enhance personal development, professionalism, career progression and turf industry skills. Recipients attend the Toro Sports Fields and Grounds Forum in Australia, as well as in the United States.

Turf Graduates of the Year are also given a mentor, who can assist them in their career development and who can offer advice on industry related topics and life in general. Michael Smith from Scotch College in Victoria was chosen as Andrew’s mentor and accompanied him on his trip. Michael has been a Grounds Manager at Scotch College, a private school in the inner eastern suburbs of Melbourne for almost 11 years.

The Sports Fields and Grounds Forum took place at The Toro Company’s headquarters in Bloomington, Minnesota, and was attended by representatives from Universities, Councils, Municipalities, Sports Stadiums and Colleges from around the U.S. The program included roundtable sessions and product testing/demonstrations of Toro commercial equipment and irrigation products.
Both Australian attendees enjoyed the conference, the visit to Toro headquarters, and the networking opportunities and discussions with other grounds managers from across the country. Michael says: “It was evident that we all face similar issues and challenges; however, I must say we are fortunate in Australia not to have to deal with the extreme winter temperatures that can reach – 42 deg. C in some U.S. states.”
Andrew adds: “I had never heard of the underground heating and cooling systems they use on a few stadiums over there to maintain a healthy soil temperature.

“Many of the guys at the conference had baseball fields so it was interesting to hear how much time and effort goes into maintaining a baseball field.

“The Toro factory in Tomah was a great insight to see how the machines are made, and Toro’s world headquarters in Minneapolis were fantastic. To see how much work is put into just a single idea that may never see the shelf.”

“I got a new appreciation of how much planning, and research and development is required and implemented into every piece of Toro machinery,” says Michael. “Typically when we purchase a piece of machinery or a ride on mower, it is delivered to site, we complete an induction, grab the keys and
away we go. I was astounded as to how much background work is required, from what starts out as an idea or concept to assembling every part piece by piece on the production line at the factory.”

Andrew says: “I never thought I would be standing in the middle of the Denver Broncos stadium. And seeing the world-class baseball stadium for the Colorado Rockies was equally amazing, there wasn't a single blade of grass out of place.”

Andrew’s experiences as a Turf Graduate of the Year have been amazing: “I got nominated for Graduate of the Year NSW through Kurri Kurri TAFE where I did my studies. My teachers Mark Crawford and Pete Upfold are great blokes. I didn’t think I would be nominated, let alone win so when I did I was very surprised to say the least. The other nominees were smart greenkeepers and could easily have won the prize too.”

After his nomination, Andrew had to prepare several presentations on his work and TAFE studies and present these to a selection panel for both the NSW Graduate and STA Turf Graduate of the Year. He says he learned a lot going through this process, especially in the area of public speaking at various conferences, council meetings and awards nights.

His advice to future graduates is to talk to as many people as you can. “Everyone experiences the same problems and has different ways of fixing them. Greenkeepers are always up for a chat… and a drink. Graduates should take any opportunities that come their way. You will learn so much from talking to other greenkeepers, more than you can learn in a classroom”.

Both Andrew and Michael would like to express their thanks to Toro Australia and the STA for the amazing experience and incredible opportunity.